Opctl is a distributed, event-driven runtime which visualizes and runs graphs of containerized workloads called ops (short for operations). Ops are defined in a language called opspec (portmanteau of operation specification).

When visualizing an op, it's call graph is expanded recursively and you can zoom or pan around to focus where needed. The call graph is rendered from top to bottom in order of execution. 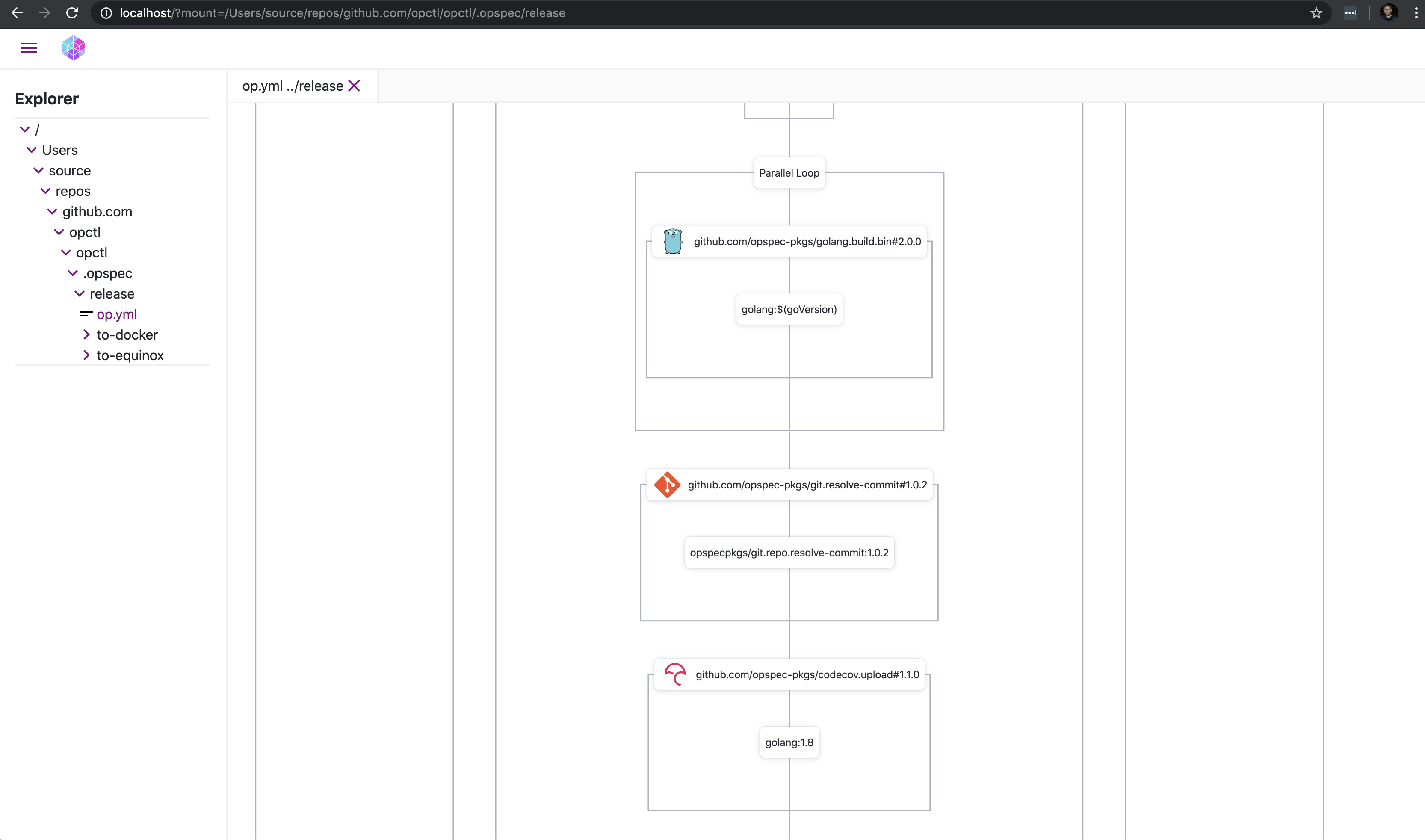 The opctl runtime is hosted by nodes. The CLI automatically daemonizes a node on the current host the first time it's needed (nodes can be manually managed via the opctl node sub command).

The runtime is virtual; it leverages overlay networking, overlay filesystem, and containerization to isolate ops from the hosts on which they run.